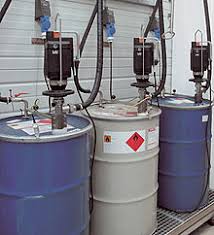 There is a very natural drum pump which thumps melodically and repetitiously as a beating heart. There are many things in the world that work in parallel to the functions of the human body. For example, the interconnecting highway system functions in much the same way as the veins and arteries of the human body. And the cities act as human organs. When people buy products and take them in the house it is as if the house is eating and when they take the garbage out of their house it is as if the house is defecating.

The Physiology of the Tote pump

All of this represents the natural ground that underpins the world. Everything is a macrocosm of a microcosm and a fractal representation of patterns repeating themselves over and over again. It is important to be aware of this phenomenon because this is the manner in which the world in which we live operates. In fact it goes deeper than this still. One might say that it is the way in which the fabric of reality operates. And when one becomes aware of this phenomenon he or she awakens in the Buddhist sense and walks one step closer to enlightenment.

This natural ground exists without a doubt. Many people walk around and go about their daily lives unaware of this dynamic. Many of these people are otherwise highly intelligent and function competently in there daily existence. It is curious that such intelligent people cannot see what exists in front of their faces. It is as if their eyes are closed when they are open or perhaps it is the reverse of this statement. Such a phenomenon is difficult to describe in a three hundred word blog post but rest assured the phenomenon is real and is there to be experienced by all who are open to it.